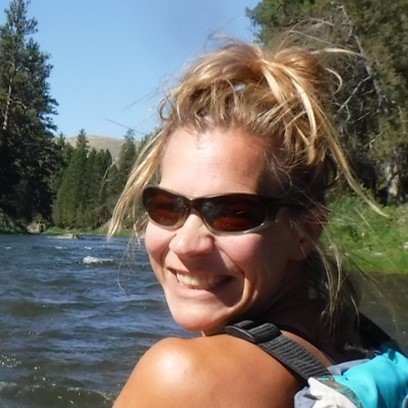 Kelly J. Dixon is an archaeologist and Professor at the University of Montana’s Department of Anthropology. She specializes in archaeologies of adaptation, boomtowns, colonization, colonialism, extractive industries, human-environment interactions, landscape transformations, and marginalized populations. Living and working in the North American West for 20 years, Dixon’s research includes case studies from this region that underscore the international connections this region has with the rest of the world and that engage audiences of non-specialists. Dr. Dixon is dedicated to developing student-oriented interdisciplinary archaeological research and serves as a mentor to Ph.D., M.A., and Undergraduate students. While at UM, Dixon has been engaged in partnerships with federal, tribal, state, and local government agencies, as well as various stakeholders, communities, and other universities, to integrate research and education so the next generation of archaeologists is prepared to responsibly and respectfully preserve and protect past and present cultural heritage.

Anthropology 252 Archaeological Wonders of the World

In Press (2020) "From the Land: Apsáalooke Perspectives on Landscape, co-authored with Aaron Brien." In Archaeologies of Landscape and Place in the American West, edited by Carolyn White and Emily Dale, University of Florida Press.

2012 "'A Place of Recreation of Our Own': Archaeology of the Boston Saloon." In The Materiality of Freedom: Archaeologies of Post-Emancipation Life, edited by Jodi Barnes, University of South Caroline Press, Columbia, pp. 115-135.

2011 “The Signature of Starvation: A Comparison of Bone Processing at a Chinese Encampment in Montana and the Donner Party Camp in California.”  Historical Archaeology 45(2):97-112. Co-authored with M. Ellis, C. Merritt, and S. Novak.

2007 “When Fancy Gets The Upper Hand of Fact: Historical Archaeology and Popular Culture in the American West.” SAA Archaeological Record, 7(3):19-25.

2006 “Sidling Up to the Archaeology of Western Saloons: Historical Archaeology Takes on the Wild of the West.” World Archaeology, 38(4):576-585.

2006 “Saloons in the Wild West and Taverns in Ancient Mesopotamia: Explorations Along the Timeline of Public Drinking.” In Between Dirt and Discussion: Methods and Methodology in Historical Archaeology, edited by Steven Archer and Kevin Bartoy, pp. 61-79. Springer [Academic] Press, New York and London.